Siri: The Command Line for Everyone Else¶

Real people use Graphical User Interfaces because they are find them intuitive and efficient.

Geeks generally prefer the command line, which they find easier, more precise and faster than GUIs. For geeks, GUIs tend to get in the way, limit and interfere.

Here’s a GUI for my files: 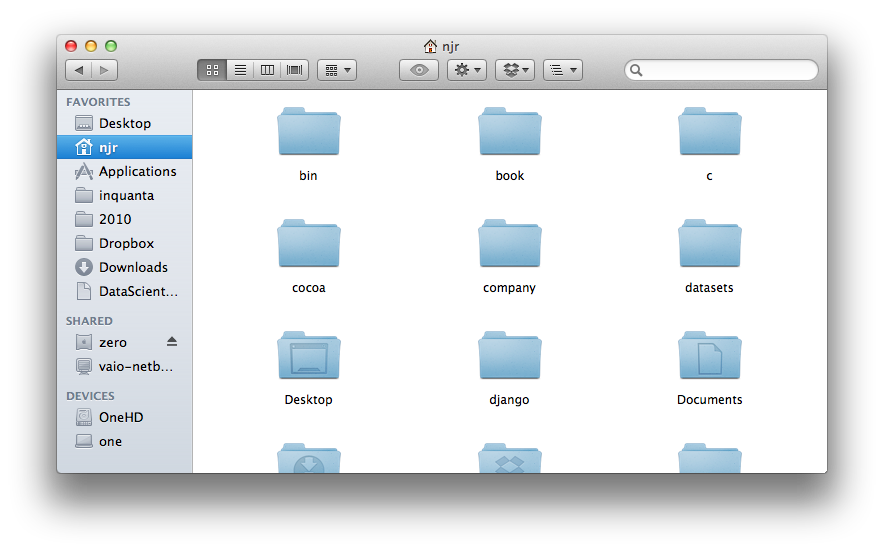 It has all the advantages of clickability, a set of icons for actions, and a few extra things hidden on menus and right-click (“content”) menus. But it is very limited.

Here, in contrast, is a command line, in its spare, minimalist glory: 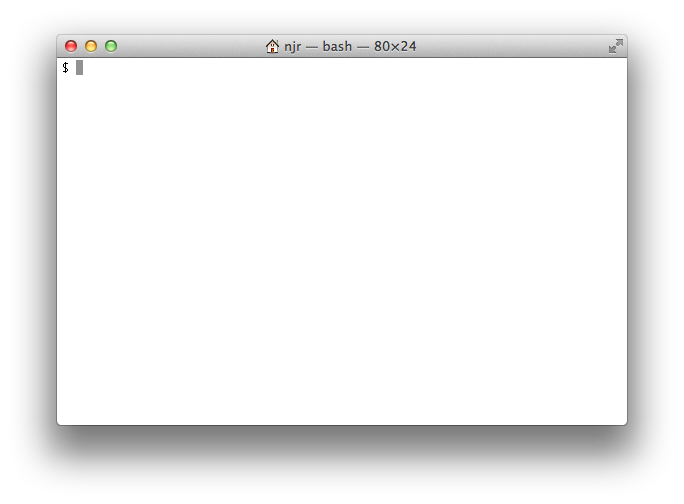 There are two major things that stop real people from benefitting from the command line and its liberating possibilities:

Just like a command line, Siri has the potential to allow me to access anything my phone can do with no navigation: if I want to call Alex, I say “call Alex”. If I want to find out the height of Mount Everest, I just say “How high is Mount Everest?”. If I want to send a Tweet, I say “text Bird” and it will send a Tweet for me. (OK, this last one is a hack: if I say “Tweet this”, Siri knows exactly what I mean, but refuses saying “Sorry, Nicholas, I can’t help you with Twitter.” But I can send a tweet as a text message by saying “text Bird” because I have the Twitter short-code listed under Bird Parker. “Why not under Twitter?”, you ask? Because Siri still refuses if I list it under Twitter! Go figure!)

Of course, unlike the command line, I don’t have to get the syntax right with Siri. I just issue commands in plain English, and a reasonable proportion of the time it “understands” me.

Before Siri, the nearest thing to a syntax-free command line for real people was Google—a little box into which you can type anything in the reasonable hope that the search will return some relevant information. But Google is largely a one-trick pony, and even though it’s a good trick, it’s nothing like as powerful as when the software makes an attempt to understand the command and has the ability to take actions. (By offering a list of the top dozen or so “hits”, Google also hedges its bets, getting the user to pick the best-looking “answer”: quite apart from speech recognition and “comprehension”, Siri goes for broke by putting all its money on a single interpretation of what you said, only asking for clarification occasionally.)

Horace Dediu, his podcast Getting to Know You makes the case that the significance of Siri is that it allows Apple to learn much more about its users, allowing a new level of lock-in, power and service. That’s an interesting and important perspective that may prove to be right. But after a day with Siri, I think the more direct and immediate consequence is exactly that Siri could bring all the power of the command line to the masses.

Microsoft, iPads and the Innovator’s Dilemma